The National Association of Realtors is reporting that overall pending home sales declined 1.8% in August and have now fallen on an annual basis for eight consecutive months.  The NAR’s Pending Home Sales Index (a forward-looking indicator based on contract signings) declined to 104.2 in August as well as reporting that contract signings are down 2.3% year-over-year.  The Realtors say once again that low inventory continues to contribute to the housing market’s slowdown.  However, take note of the regional differences in the chart below 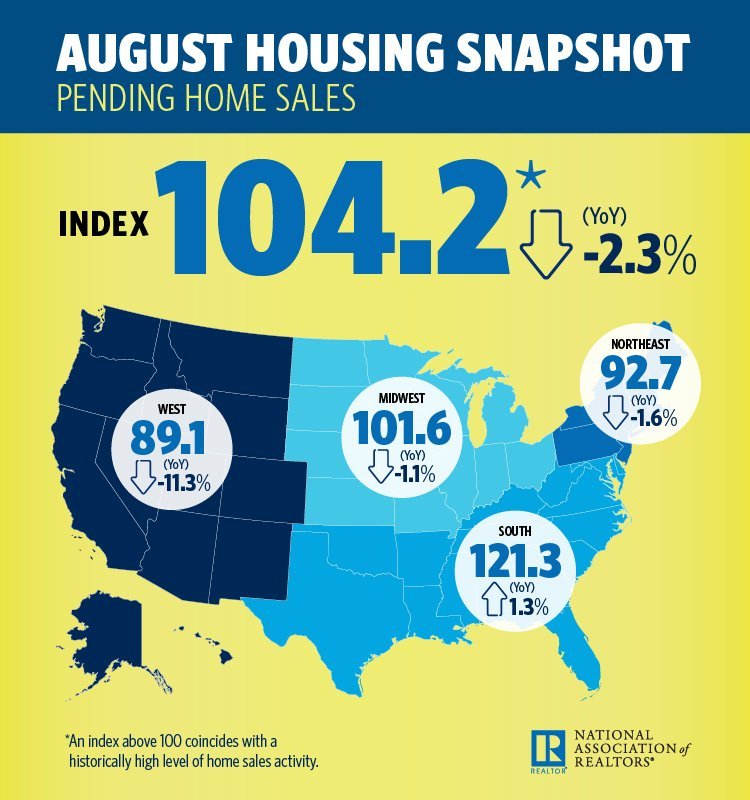