Last year we posted about a former cold-war missile silo that had been listed on Airbnb…now we’ve come across a story about how bomb shelters (albeit modern ones) are possibly making a comeback.  A recent story on tech site CNET visits a California company called Atlas that makes specially designed shelters that consumers can buy and install – in this case the Bombnado.  Prices start at $19k for the basic bunker that is about 8-by-8 ft., with a bed, toilet and an air filter.  You have to admit, these are pretty cool.  The company kitchen bunkers, garage bunkers, wine bunkers (with hidden entrance), tornado, you name it. 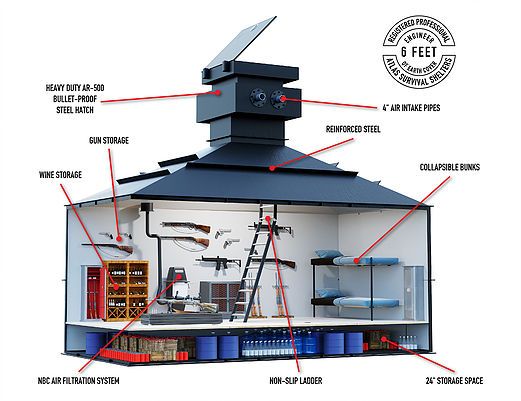 Click here to read the full story on CNET.com.