Millennials are about to become the largest generation in history and with that their choices and buying patterns continue to influence the U.S. economy.  A recent study by RentCafe recently took a look at where millennials are living and where the next potential hot spots are located.  They ranked the zip codes of the 30 biggest U.S. cities buy the highest increases in millennial population over a 5-year period.  They found (probably to no one’s surprise) that downtowns and areas near downtown are the clear favorites for millennials living in big cities.

“…this generation that values experiences more than material possessions prefers vibrant, walkable city neighborhoods where things are happening. Plus, with jobs increasingly relocating to urban cores and Generation Y making up most of the labor force, the residential areas in and near urban downtowns appear to be an increasingly popular choice…” 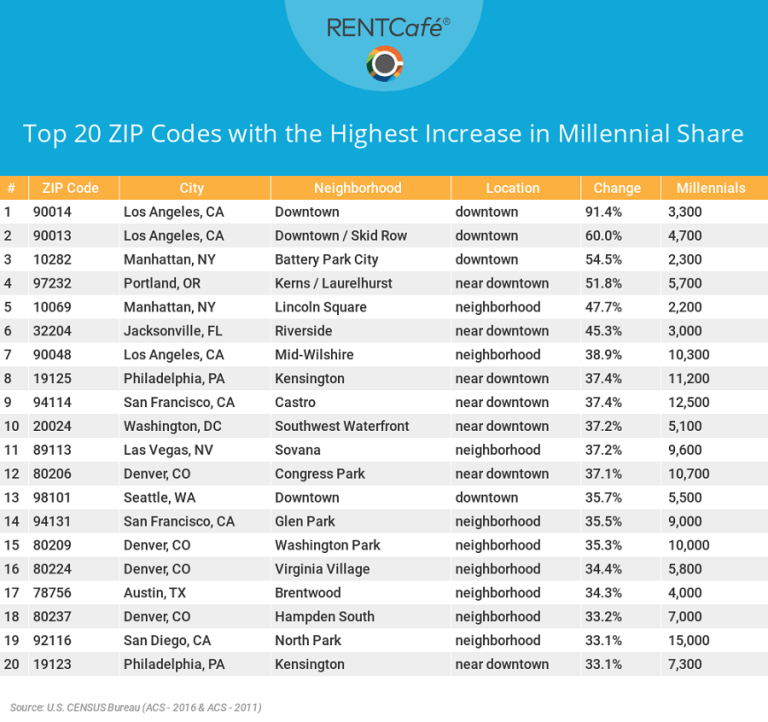