Landlord Charged with Housing Discrimination for “No Teenagers Please”

The U.S. Department of Housing and Urban Development (HUD) recently announced that it was charging a landlord in New Orleans 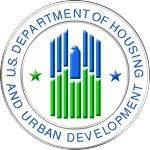 with housing discrimination for publishing an advertisement that discriminated against families with children. The ad included language that stated “No Teenagers Please.”  Below is HUD’s complete release, reprinted here as a reminder to landlords about the importance of the Fair Housing Act:

WASHINGTON – The U.S. Department of Housing and Urban Development (HUD) announced today that it is charging a New Orleans landlord with housing discrimination for publishing an advertisement that discriminated against families with children. The ad, which was brought to HUD’s attention by the Greater New Orleans Fair Housing Action Center, included language that stated, “No Teenagers Please.” Read HUD’s charge.

The Fair Housing Act makes it unlawful to deny or limit housing because a family has children under the age of 18 and to make statements that discriminate against families with children. This includes publishing print, broadcast or internet advertisements that indicate a preference or otherwise discriminate against families with children. Housing may exclude children only if it meets the Fair Housing Act’s exemption for housing for older persons.

“Landlords do not have the right to deny a family a place to live just because they have children,” said Anna María Farías, HUD’s Assistant Secretary for Fair Housing and Equal Opportunity. “Today’s enforcement action reaffirms HUD’s commitment to ensuring that housing providers meet their obligation to treat all applicants for housing the same, including families with children.”

“Discrimination against families with children – no matter the age – violates the law and limits the housing opportunities of those families,” said J. Paul Compton, HUD’s General Counsel. “HUD will continue to take action to protect the rights of families.”

The case came to HUD’s attention when the Greater New Orleans Fair Housing Action Center, a HUD Fair Housing Initiatives Program agency, filed a complaint based on fair housing tests it conducted after seeing an ad on Craigslist that prohibited teenagers. When testers contacted the owner to inquire about the unit, the owner said, “I don’t want any children. I don’t want teenaged children.”

HUD’s charge will be heard by a United States Administrative Law Judge unless any party to the charge elects to have the case heard in federal district court. If an administrative law judge finds after a hearing that discrimination has occurred, he may award damages to the complainant for harm caused by the discrimination. The judge may also order injunctive relief and other equitable relief, as well as payment of attorney fees. In addition, the judge may impose fines to vindicate the public interest. If the matter is decided in federal court, the judge may also award punitive damages.

April 2018 marked the 50th anniversary of the Fair Housing Act. In commemoration, HUD, local communities, housing advocates, and fair housing organizations across the country have coordinated a variety of activities to enhance awareness of fair housing rights, highlight HUD’s fair housing enforcement efforts, and end housing discrimination in the nation. For a list of planned activities, log onto www.hud.gov/fairhousingis50.