According to data recently released by the National Association of Realtors, existing home sales remained steady in August after four months of decline.  However, they also report that sales are down 1.5% from one year ago.  There were 1.92 million existing homes available for sale at the end of August, slightly higher than one year ago.  Unsold inventory is at a 4.3-month supply at the current sales pace.  Once again, lack of inventory is largely to blame:

“While inventory continues to show modest year over year gains, it is still far from a healthy level and new home construction is not keeping up to satisfy demand…Homes continue to fly off the shelves with a majority of properties selling within a month, indicating that more inventory – especially moderately priced, entry-level homes – would propel sales.”   Said Lawrence Yun, the NAR’s chief economist. 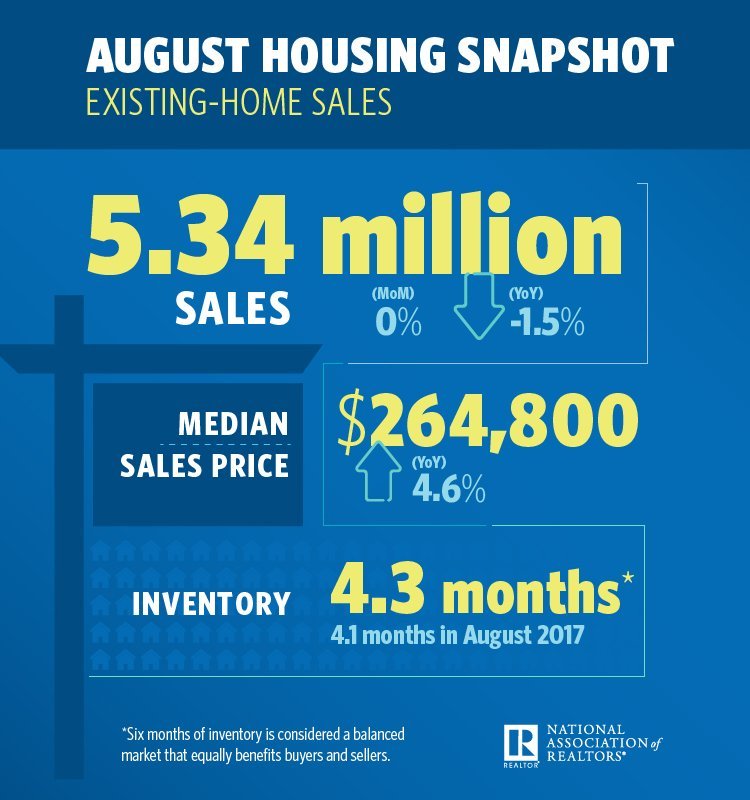