We have seen this before...Not only do people vote with their wallets but also their feet.  Now, a new report from Redfin details how low-tax states are attracting residents from high-tax states.  Redfin says the trend of people leaving high-tax states for low-tax ones has been underway since 2010 and is accelerating. Interestingly, they report that taxes are three-times lower in the top-10 migration destinations than in the 10 places people are most commonly leaving.  Well, go figure…..

“With home prices reaching new heights in many metro areas, it’s no surprise people are continuing to move away from expensive metros in search of homeownership,” said Taylor Marr, Redfin senior economist. “Last year’s tax reform poured fuel on the fire. By capping mortgage interest and state and local tax deductions, there is an even greater incentive for homebuyers to consider moving to a lower-tax state.” 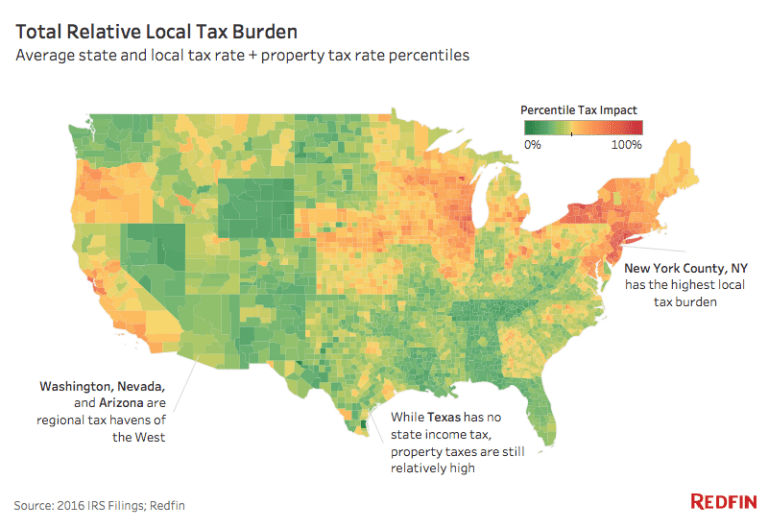